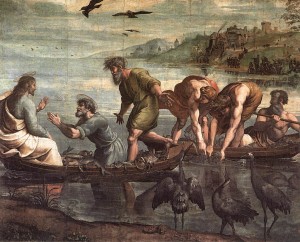 There is a story about Saint Francis of Assisi, that after he died, the brothers were preparing him for his burial, They removed his old habit and in his pocket was his most valued possessions: A small bible, wooden prayer beads and some stones. After finding these treasures the brothers pronounced him the richest man in the world.

Saint Francis died a peaceful man, and a joyful man.

Sometimes we don’t realize how little God needs to love us. We don’t appreciate that God really does hear our prayers and that the treasure we all have is not in monetary notes but rather in the Word of God, which is contained in our bibles.

This week would be a good week to look around for your bible, find your rosary and pick up some really nice rocks from your garden: rediscover the treasure that awaits you.

Saint Augustine wrote once: “Christ is not valued at all unless he is valued above all.”