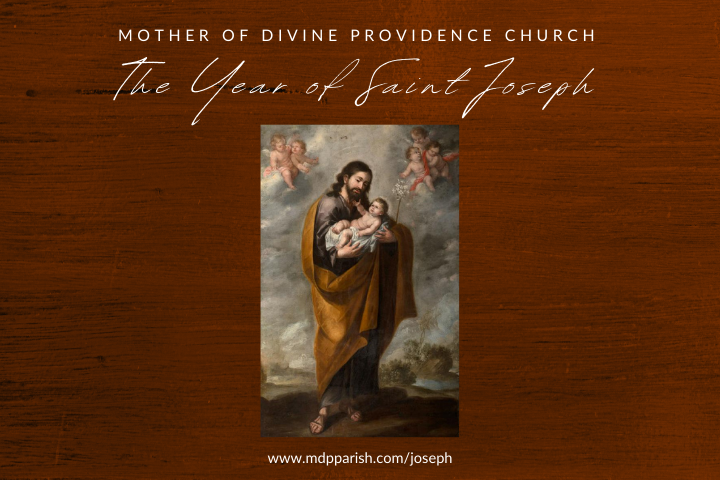 The book we will be using is Consecration to Saint Joseph by Father Donald H. Calloway.  This is a 33-day preparation for consecration.  This book can be purchased via the following Platforms:

Amazon.com  (The book is available with Prime as well as through other vendors on Amazon.  The book may be back ordered at times, but several of our parishioners have said that they received their book far earlier than originally expected.)

Visit https://www.facebook.com/watch/mdpparish/445393666543725/ for a reading of the day's passage from the consecration book and reflection from Father Cioppi or another member of the MDP Pastoral Staff.  Read along, pray, and reflect with us!  These videos will be re-shared daily at 7:00 AM on www.Facebook.com/mdpparish beginning on Tuesday, November 2nd.