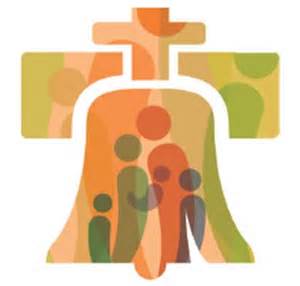 Last weekend the World Meeting of Families culminated here in Philadelphia with the celebration of a Papal Mass on Benjamin Franklin Parkway. In the week preceding this Mass pilgrims from around the world focused on a wide range of family issues where faith is both needed and tested. But most importantly, this gathering focused on celebrating God’s blessing upon the masterpiece of His creation: Our families!

That theme is echoed in each of our Scripture readings today. In Genesis and the first part of St. Mark’s Gospel the bond created by man and woman in marriage takes its significance from God who created them to be suitable partners for each other, united in one flesh. And that union, when blessed with children, creates the even deeper bond of family.

The family is THE fundamental cornerstone of our society. Every day we should rejoice in the gift of so many families, who even during times of trial and temptation, remain faithful to their promises of honoring God and loving each other.

We live in a society that continually questions and tests the bonds formed between God and his creatures. But that is nothing new. Even the Pharisees asked Jesus about divorce, questioning the permanence of marriage.

Until recently there were considerable similarities between the civil institution of marriage and the Christian sacrament. The two were interrelated and mutually supportive. Unfortunately this is no longer the case. To get a sense as to how far apart the civil institution has moved from sacramental matrimony picture an image of a neighborhood store and a large supermarket.

There was a time when your neighborhood store had everything you needed for your family. The products may not have been cleverly displayed and sometimes the choices were limited. But there was a personal bond that existed between the shopkeeper and his customers, just like the bond that exists between God and a married couple. They trusted one another in a relationship that grew stronger and deeper with each interaction.

Then a different kind of store sprang up changing the way our culture looked at the fundamentals of trust. The supermarket provided people with a vast selection of merchandise – most of which was never needed. Interactions became impersonal, no longer conducted on the basis of trust or a handshake. Today’s culture often seems to discourage people from bonding with anything or anyone. It’s as if the world has become a great supermarket driving our culture to be more competitive and self-reliant. The need to trust one another or God has been minimized by a consumer mentality.

That mentality consumes not only goods and services; it also consumes the need for friendships and relationships. Consume, consume, consume without the need for personal interaction. We are moving toward a culture that discards everything not viewed as useful in satisfying “me,” the consumer. Social bonds are now relevant only when they are a means to satisfy our “needs.”

In today’s Gospel we heard that Moses permitted a husband to write a bill of divorce if it became too difficult for him to stay married. But that wasn’t what God intended when he created man and woman. He created them to complement each other and be joined in such a way that they are dependent on each other for their very existence.

Jesus reminds us God has joined husband and wife in a blessed union that cannot be separated. It’s no coincidence, therefore, that the end of today’s Gospel links marriage with children, pointing to the family as the path to God’s grace and the kingdom of heaven.

Regrettably, many men and women look at marriage and family as provisional: everything is temporary and nothing is permanent. In reality though, almost everyone would prefer the emotional security that accompanies a solid marriage and a happy family.

Last week when Pope Francis addressed the U.S. Congress he said that: “We are living in a culture that tries to convince young people not to form a family.” He goes on to say that “the culture of the present world fosters an indifference towards marriage and the family. In this context, many young people have difficulty seeing the value of marriage and family life.”

As a Christian community we need to invest our energies in encouraging our young people to be brave and to opt for goodness found in marriage and the family. Sacramental marriage preserves the bond between a man and a woman that God has blessed ever since the creation of the world. Marriage is the source of peace and goodness for family life.

I encourage you to re-read today’s scripture passages sometime this week. Pay close attention to the story of the creation and how God united man and woman in an inseparable bond blessed with children. It’s then that we realize men and women marry not only for themselves but for the benefit of the entire Christian community and society as a whole.

Finally, say a prayer for all married couples asking God to bless them and their families…all the days of their lives.