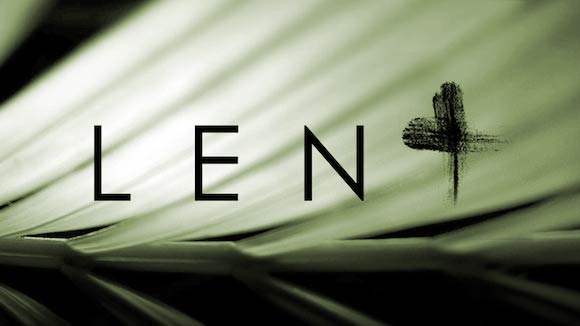 Happy Lent everyone!  This liturgical season moves us to celebrate, with joy and thanksgiving, the wonderful gift of our salvation.  We often think of Lent as a time to make amends for our shortcomings.  We preform acts of self-discipline (such as giving up sweets or alcohol) in the hope of somehow balancing our spiritual scales with God.  But doing that can be a very humbling and sometimes frustrating endeavor.

If we listen closely to the Lenten scripture readings, we hear a noticeably different tone.  We hear of God’s graciousness in freely giving us the gift of his love and our salvation.  Each of today’s readings assure us of just how much God loves. us.  They motivate us to take a deep look at our life, give thanks to God, and be worthy of the sacrifice Jesus made by giving his life for each of us.

A few years ago there was a movie that told the story of another tremendous sacrifice made to save one man’s life.  Saving Private Ryan won 10 Academy Awards.  I’m sure most of you have seen the movie.  But on the chance you missed it, I’ll give you a brief synopsis.

Shortly after the D-Day invasion of Normandy a clerk at the War Department discovers that three brothers from the Ryan family have been killed in action.  Their mother is scheduled to receive this grave news in three separate telegrams, all set to arrive on the same day.  General George Marshall, learns that a fourth brother, Private James Ryan, parachuted into Normandy behind enemy lines during the offensive.  Marshall quickly sends orders to find Private Ryan and have him returned home in order to spare Mrs. Ryan even further anguish.

In Normandy Captain John Miller and his squad are assigned this mission.  They had very little information about where in France Private Ryan had landed, making the task of finding him almost impossible.  Among all the confusion, he could be anywhere.

As they crisscrossed the French countryside, Captain Miller and his squad are engaged by the enemy at almost every turn.  Men from Miller’s squad were lost in some of the battles.  At times the mission seemed hopeless, leaving the men to question the value of the sacrifices made to save one soldier.

After days of searching Captain Miller finally finds Private Ryan with a few other soldiers, guarding a bridge on a key supply route.  Controlling access to the bridge was a critical objective.  Miller told Ryan of the death of his three brothers and that he has come to take Ryan home.  Although devastated by the news, Private Ryan refuses to leave his unit until reinforcements arrive.  Miller has no choice but to stay with him and fight the enemy.

Later that day a heavily armed contingent of enemy soldiers enters the town and moves to take the bridge.   A fierce battle breaks out leaving many casualties.  Being greatly outnumbered, Captain Miller and the US squad retreat to a last-stand defensive position.  They are ready to blow up the bridge, if necessary, rather than letting it fall into the hands of the enemy.   Just before US fighter planes arrive to subdue the enemy and secure the bridge, Captain Miller is mortally wounded.

Fifty years later an elderly man, accompanied by his family, walks among rows of white marble crosses in a Normandy cemetery.  His is searching for the cross that marks the grave of Captain John Miller.   Finding it, he falls to his knees shedding tears of thanks.  He quietly tells Captain Miller that he hopes his life had been worthy of the sacrifice Miller and his men made to save him.  He was truly grateful.  The now-older Private Ryan turns to his wife and asks her to tell him that he’s led a good life an that he is a good man.

That’s what Lend is all about…striving to lead a good life and be a good person.  IN a way you can almost see Captain Miller and his squad as a modern-day image of Jesus and his apostles.  Both were chosen to do the impossible — to save someone from being lost to the forces of evil.  In carrying out their missions both were actively engaged by the enemy (whether it was soldiers or the devil), and both responded to the challenge with courage and trust in God.

Captain Miller went in search of a single person.  He didn’t save a company of men; didn’t save a town or village.  He saved just one person — Private James Ryan.  Likewise, Jesus didn’t come to save a nation, a town, a parish, or even his own disciples.  He came and gave His life to save one person:  He came to save YOU!

We are all “Private Ryans” needing to be saved.  Jesus searches for each of us no matter how lost we may be and no matter how aggressively the enemy pursues us.  He doesn’t stop searching until we are found.  And then He stays with us until we are safe.   Private Ryan was truly thankful for the sacrifice Captain Miller made for him.  He needed his life to be worthy of the tremendous gift he had received.

On Ash Wednesday we were told to, “Repent and believe in the Gospel.”  Those words call us to take action and reform our life to be worthy of the sacrifice made by the Son of God to save you and me.   Jesus did this for you!

This Lent, show God you are worthy of His Son’s sacrifice on the Cross

Whatever you choose to do during Lent, make sure it helps deepen your relationship with God who has been so very generous to you.

Whatever you do, make sure it shows God you are worthy of the loving sacrifice of his Son  given to save you and bring you home safely.

What a joyful reason to be thankful.