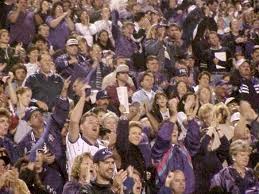 People will come from the East and the West, the North and the South to enjoy the wonders of the Kingdom of God.  The question is: Will we be among of them?

Last week the Philadelphia Eagles played a preseason game at Lincoln Financial Field. The stadium was filled with fans, most of them wearing a green Eagles jersey identifying them as part of “the team.” As the television cameras panned the crowd you couldn’t help but notice a sea of green flowing through each section of the stadium. And it was noisy as every person tried to cheer the loudest for their team.

At one point in the game, during a timeout, the camera zoomed-in on one of the Eagles VIP club boxes located high above the field. From what I could see there is a noticeable difference between the club box seats and the ordinary seats surrounding the field.

The club box has extra-large padded seats, all angled toward the sideline to offer the best view of the game. It’s climate controlled so that it’s not too hot in the summer and not too cold in the fall and winter months. The food looked to be upscale as well.  And there is a private entrance to the box that sort of said “not everyone can enter here-you have to be invited.”

I thought the most intriguing aspect of the club box, however, was the people inside. You’d expect them to be well-dressed, dignified, wealthy or part of the local social scene. But they were just normal people like you and me. That got me to thinking: what did they do to get inside and, how do I get in? Now I know some Eagles fans think that a club box seat is almost heaven. So I just can’t pass up the chance to make an analogy with today’s readings.

In each reading we are told to be watchful. Just because you wear the jersey of “team-Catholic” and profess to be its number-one fan, doesn’t get you an automatic invite to the best seats in the house. Many people will be called to heaven’s club box but only a few will be admitted. The chosen few will not necessarily be the people you think should be there. Those people entering heaven will include people of different religions and cultures and others who hold political views different from your own. God will gather them to himself as a sign of His universal glory as they come from every nation and walk of life.

At Lincoln Financial Field there’s a pretty steep price to enter the club box through the VIP door. Most people scrimp and save for years just for the opportunity to be “on the inside.” They know getting there will be difficult yet they realize the effort it takes will be worth the sacrifice they are required to make.

Getting a seat in heaven’s club box also comes with a steep price tag.  Jesus wants each of us to be a VIP in heaven. So in today’s Gospel he turns his focus to the price of entering heaven’s most exclusive gate (also known as “the narrow gate.”)

The narrow gate is not a secret passageway with directions that are given to just a few privileged people. In fact, it’s just the opposite. Directions to the narrow gate are available to anyone who wants them. They’re right here in Sacred Scripture. But there’s a catch. To find the entrance to the narrow gate that leads to the VIP club box you have to follow the directions!

Ask yourself this question: How many times each day is the name of Jesus on your lips? (And be careful, swearing doesn’t count). Get to know our Lord by sharing in his life. He invites you to do so every day at Mass and looks forward to speaking with you in prayer. He wants you to know that you are a VIP; that he loves you; and looks for you to love Him in return.

There are a few other directions you’ll need to follow in order to find and enter through the narrow gate. I’ll let you read them for yourself. But keep this in mind: Jesus makes it very clear that anyone who does not make the necessary effort to follow His directions will be left outside heaven’s club box. Our Lord warns us that many who consider them self to be “part of the team” will be locked out of the box for the final game of the season.

Who will be inside heaven’s club box? Only those who are disciplined enough to follow His directions to and through the narrow gate will be admitted.  As we heard in the Letter to the Hebrews, all discipline seems to be a cause of pain, yet it brings the peaceful fruit of Heaven to those who practice it.

People will come from the East and the West, the North and the South to enjoy the wonders of heaven.

Will you be one of them?