Managing Loneliness and Stress is an issue for those who are grieving.  Let us help you to find tools to aid in your day-to-day living without a loved one.   Our next monthly meeting for Grief Support is planned for Saturday, February 22nd at 9:00 AM in the Parish Offices.   No reservation is necessary, but feel free to call Susan at the Parish Office if you have any questions 610-265-4178.

January 1 is a Holy Day of Obligation, celebrating the Solemnity of Holy Mary, Mother of God.  We will follow a Sunday Mass Schedule for the day. 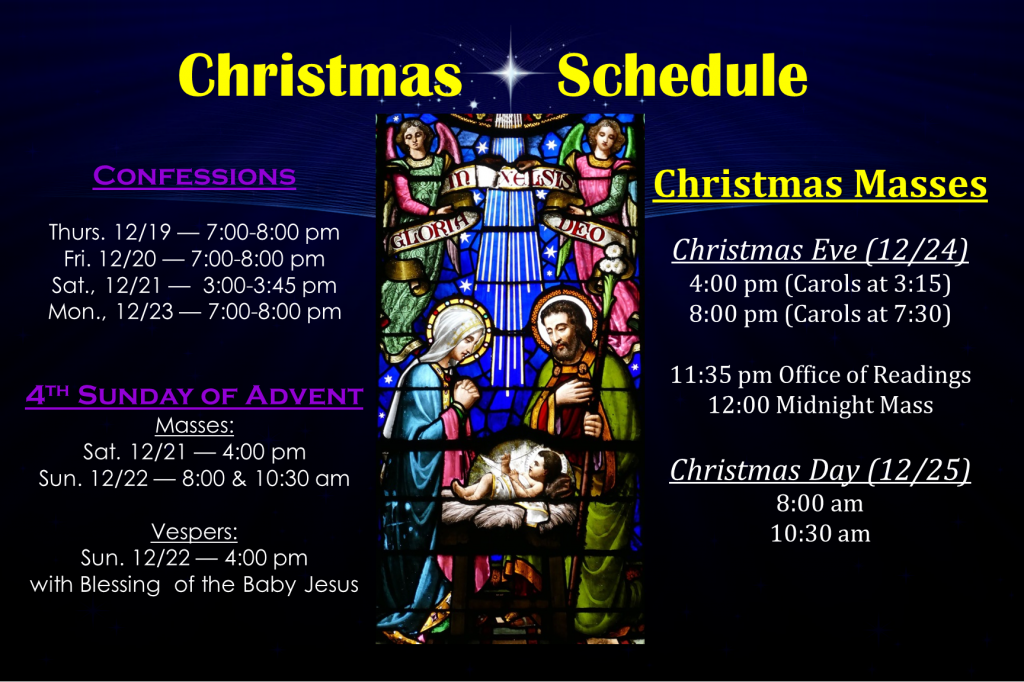 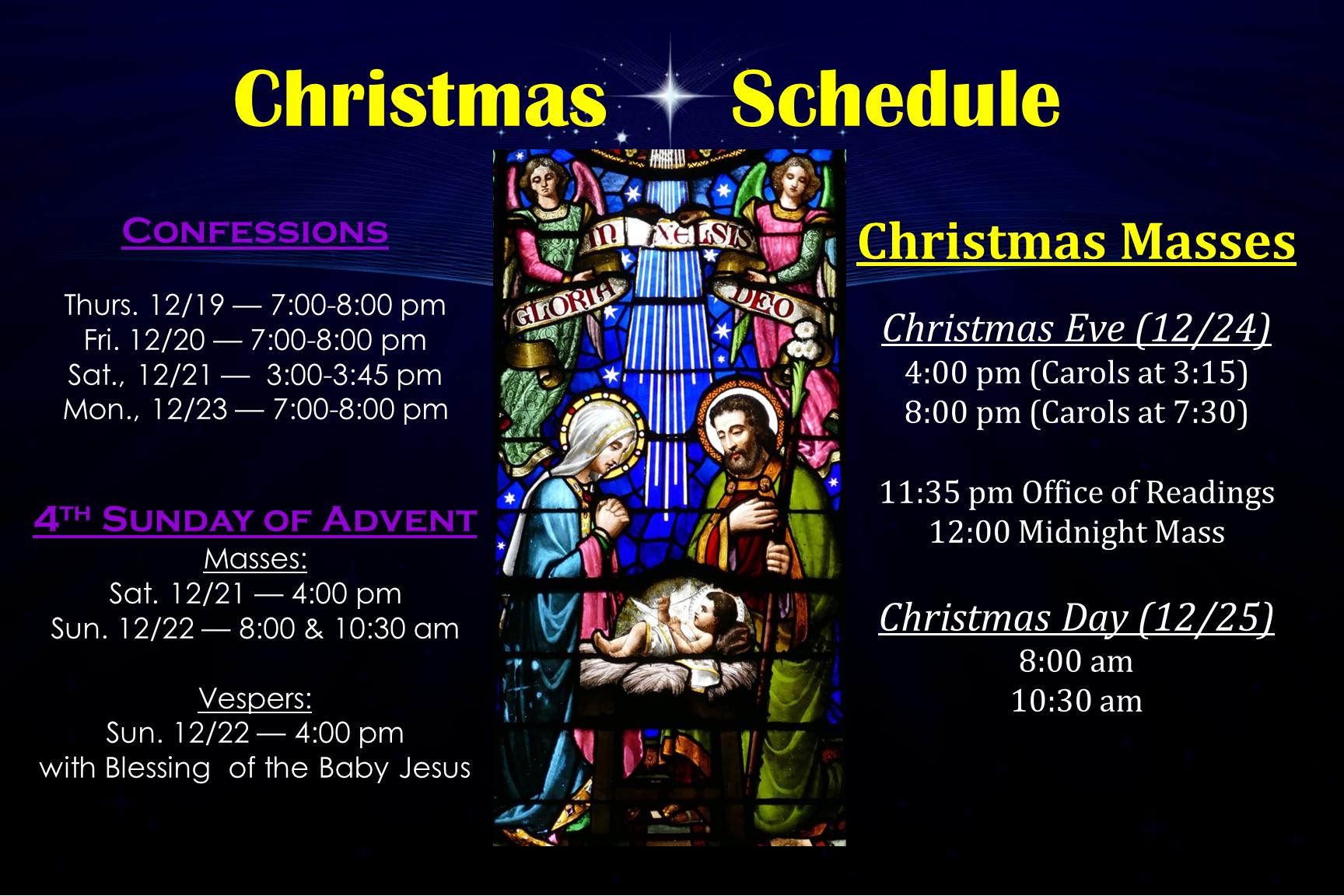 Just a reminder that Mass on Thanksgiving Day will be celebrated at 9:00 AM. 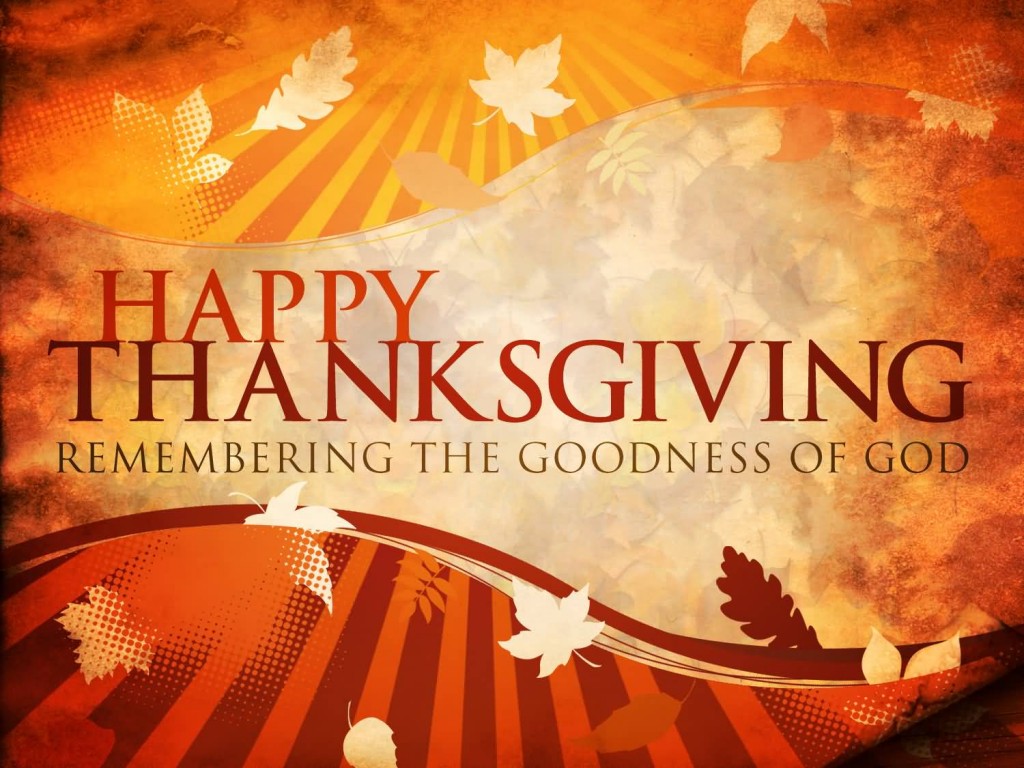 In this month, look around you; listen and look for men who may have a priestly heart, one that is generous ,kind, giving and prayerful.

The sacrament of Confirmation gives to its recipient an outpouring of the grace and power of the Holy Spirit, so that the person can witness to his or her discipleship in Christ with the seven fold gifts of God’s life. It is the sacrament of Baptism that is being confirmed, fortifying every Confirmandi to stand firm in faith, grow in hope and become a person of Christian charity in the world.   On Monday, October 28th our young adults received this beautiful gift!

We were happy to capture a 2-1/2 minute video of the Recessional Procession of Bishop Fitzgerald, our MDP Clergy, the Confirmandi and their Sponsors.

It is becoming increasingly difficult for young people to follow Christ in a world that tempts them to seek pleasure, self-satisfaction, material wealth and division. These temptations only lead to anxiety, fear and isolation.  Let us offer our Confirmandi both our spiritual help, as well as our authentic witness, so that they can live the sacrament that they are receiving.  Please pray for them as they continue on their faith journey.

All adult members of Mother of Divine Providence Parish are encouraged to participate in the election of the members of the Pastoral Council.   Please print the ballot provided in the link below and place your ballot in the collection basket this coming weekend November 2nd and 3rd.

This lecture was delivered, by our Archbishop, Charles J. Chaput, O.F.M. Cap,  for the Constitutional Studies Program at the University of Notre Dame.

I want to thank Dr. Muñoz, Father Jenkins, and the Napa Institute Forum for welcoming me to Notre Dame today – and you, for being here.  The fact that anyone would turn out for a talk with the word “dying” in the title, especially on the eve of an SC game, proves that miracles still happen.

I turned 75 a couple of weeks ago and, as Canon Law requires, I offered my resignation to Pope Francis.  In the next few months the Holy Father will accept it, and Philadelphia will have a new archbishop.

Philadelphia is a great city, and it’s been one of the great privileges in my life to serve as the pastor of its Catholic people and clergy.  So my feelings are understandably mixed.  The good news about turning 75 — the very good news — is that I’ll finally be able to retire.  The not so good news is what sooner or later comes after it.  When you get to be my age, a topic like “things worth dying for” has some special urgency.  As one of my Domer friends likes to point out, dying is a downer.

Or that’s one way of looking at it.  My own feelings are rather different.  My dad was a mortician in a small Kansas town.  So in my family, death and all of the complex emotions that surround it, were a natural part of living.  To put it another way: The meaning of a sentence becomes clear when we put a period at the end of it.  The same applies to life.  When we talk about things worth dying for, we’re really talking about the things worth living for; the things that give life meaning.  Thinking a little about our mortality puts the world in perspective.  It helps us see what matters, and also the foolishness of grasping at things that finally don’t matter. Your hearse, as my father might say, won’t have a luggage rack.

Socrates is often seen as the founder of the Western ethical tradition, and he said that his philosophizing was best understood as a preparation for dying.  It sounds like an odd claim, but it makes perfect sense.  He had a passion for truth-telling; the wisdom that comes from it; and the life of integrity and moral character that results.  The very word, “philosophy,” captures the spirit of his love for truth. It combines philia, the love of friendship, with sophia, which means wisdom. Socrates didn’t “study” wisdom.  He pursued it as the goal and framework of his life.  He loved it.

Love is demanding. It draws us outside ourselves.  The greater the love, the greater our willingness to sacrifice.  So when we know, honestly, what we’re willing to sacrifice for, even to die for, we’re able to see the true nature of our loves.  And that will tell us who we really are. END_OF_DOCUMENT_TOKEN_TO_BE_REPLACED

I know a sure path to heaven: to be grateful to God for all things big and small, to appreciate who you are in His love and what a gift you could be for others for the love of Jesus. 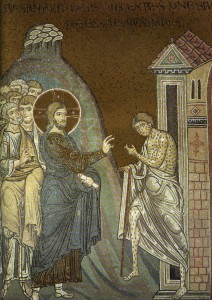